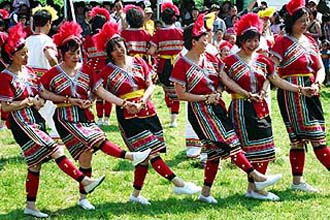 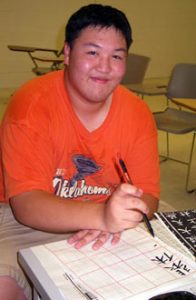 Chinese Cultural Association of Long Island (CCALI) Chinese Folk Dance, Kung Fu, calligraphy, and Chinese Knotting are just a few of the classes offered by the Chinese Cultural Association of Long Island. For over 25 years, CCALI has proven itself as a place for learning and for enjoyment. Students ages 3 to 16, alongside adults, study the traditional Mandarin language while learning about the cultural traditions practiced by many Chinese families, past and present. With immigration, many of these traditions have faded from daily practice, as hardworking families establish their new homes in the United States and Long Island. Where there once were only a few Chinese families on Long Island, now there are thousands in both Nassau and Suffolk Counties. According to the 2001 census, there were approximately 26,338 persons of Chinese background living on Long Island.

CCALI was founded in 1979, to help parents teach their children Mandarin Chinese, the official language of China and Taiwan, and to maintain the cultural traditions that have been part of daily life for hundreds of years. Started by a group of 5 families, the group first met in a basement office in West Hempstead. “We were all volunteers” remembers Alice Liou, one of the original founders who later became the school’s third principal. They focused on language classes because many American Born Chinese (ABC) children had few opportunities to practice the language of their parents. Parent teachers also taught traditional crafts including calligraphy, developed traditional dramatic presentations based on historic myths such as the Monkey King and “The Legend of the River God,” and celebrated traditional holidays including the Chinese New Year. 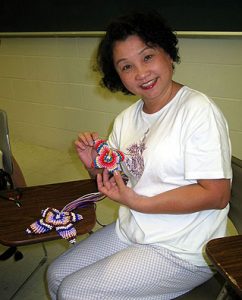 By 1985, CCALI had outgrown their office space and moved to their current base at the New York Institute of Technology in Brookville. Today there are approximately 260 students in grades K-9. The classes are taught by paid teachers who have expertise in the language and history of Chinese traditions. The school operates on Sunday afternoons during 1:30-5 p.m. from September to June. Each afternoon students study the traditional Mandarin language according to their grade level. CCALI offers a college preparation language class for high school students who want to continue their studies. In addition, CCALI has five levels of bilingual classes (English and Mandarin) to meet the demand of families who don’t speak Mandarin at home. Afterwards students attend cultural arts classes. They stage various performances based on traditional stories, demonstrate traditional Kung Fu, learn to use the traditional Chinese Yo Yo, master the traditional art of calligraphy, learn to play Chinese Chess, and learn traditional dances. The school year culminates in a series of performances by the students and a graduation ceremony in June.

The programs are valued by students and parents alike. One student commented “it’s fun, you learn a lot of new things like Chinese Chess.” A parent stated “it’s not just about the language; my son learned that we respect our elders, and not to take things for granted.” A newer parent to the school said “they understand why they’re here—otherwise they know they’ll lose the tradition.” At the same time CCALI fosters a family friendly environment, one where parents establish close enduring relationships. A parent with several children in the school put it simply: “It’s like a big family,” a feeling shared by students as well. 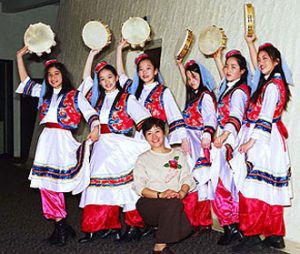 In addition to the school, CCALI also sponsors events that are open to the public. They sponsor a Chinese Cultural Festival, participate in area Chinese New Year celebrations, perform at parades and celebrations, and offer classes to adults interested in learning Mandarin, Mandarin Conversation, Flower Arrangement, Ballroom Dances (Beginner, Intermediate, and Advanced), Aerobic Dance, and Chinese Knotting. In this way, the general public can learn that these traditions continue to play an important part in Chinese families.