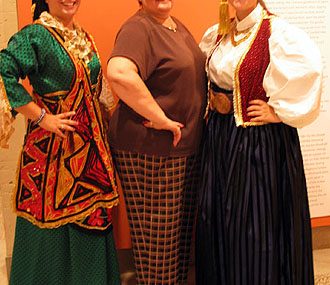 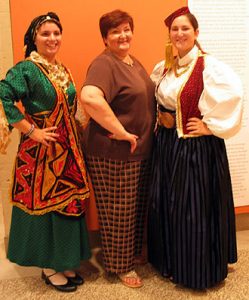 Kitty Sopasis, who was born in the Northern Greek community of Thesalomike in 1949, founded the Sopasinas Hellenic Dance Academy in 1983. The granddaughter of Greek farmers and the daughter of a steelworker who settled in Bethlehem, Pennsylvania with his family, Sopasis was imbued with traditional music and dance at an early age. She remembers how her father and mother sang and dance, joining other Greek families in Bethlehem for weekly dance parties that featured traditional foods and breads. Like other young children, Kitty performed in plays at the local YWCA that included international and traditional dances. From that point on she developed a keen interest in her own heritage, a passion that continues today.

After her marriage Kitty moved to New York with her husband John Sopasis, where they quickly joined other immigrants from Greece. In 1974 they organized the Minos Cretan Club, based in Astoria. At their first annual dance Kitty asked the parents if they were interested in presenting a children’s group that she and other parents could teach various traditional dances from the island of Crete where John Sopasis was born. The idea was warmly received, thus beginning a tradition that continues. In 1983 Kitty founded The Sopasinas Hellenic Dance Academy where she teaches traditional dances from Macedonia, Rhodes, Crete, Ikaria, Kalimnos and other regions of Greece. Every summer she and her daughters travel to a specific region where they study the dances by interviewing and observing the community’s oldest residents. Kitty and her daughters design the costumes, based on historic drawings and other graphic materials. Greek women were buried in their decorative wedding dresses, so that there are no original costumes left except for those in museum collections. 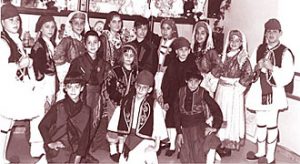 The group is well-known in New York City and the suburbs. They have performed at the inauguration of Mayor Giuliani, at the Ellis Island Museum, in Eisenhower Park at its International Heritage Series, and local festivals. You may have seen them at LI Traditions’ 1998 maritime Festival, or at the 1998 Nassau County Heritage Festival. There are approximately 14 children age 10 – 20 in the group that regularly rehearses in preparation for their performances.

The Sopasinas Hellenic Dance Academy is located in Farmingdale and can be reached at (631) 501-0755 during the day. Classes are offered to children and adults in groups or in private lessons. They also design flower arrangements for weddings and other celebrations. Stop by this haven of tradition, and experience their enthusiasm for Greek folk art and dance for yourself.