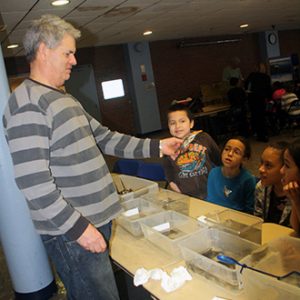 Chuck Tekula is a commercial fisherman from Center Moriches. College educated at Empire State College in New York, Chuck frequently writes about the lives of commercial fishermen, the regulations, and policies that affect them, and what has led to the decline of Great South Bay. He was one of the first observers of the pollution caused by sewage treatment plants on the bay and other factors that affected the marine resources including runoff and development.

Tekula fishes using a gill net, crab traps, and other traditional methods of baymen and fishermen. He also harvests clams and other shellfish when not fishing.

Chuck has written extensively for National Fisherman, Newsday and other publications. He has also written poetry and songs including “Morning in the Garden.” You can hear him read and perform some of his works by clicking here.