The earliest European colonists were fishermen and baymen, along with farmers and various tradespeople, all of whom depended on each other for their livelihoods. They settled throughout Long Island, with English settlers living primarily on the East End, and Dutch settlers in the western areas. By the mid-1700s English and Dutch families coexisted in various communities, including Freeport, Bay Shore and Patchogue. 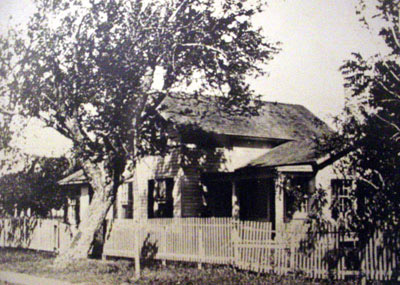 Baymen and fishermen built modest houses based on traditional building practices and plans that had been common in their native homelands. Surviving houses generally reflected English origins, such as the popular “cape cod” house which has a pitched roof, two room plan and wood shingle sheathing. One example of this can be seen at 187 Old Stump Road in Brookhaven hamlet, the reported home of bayman Tom Poole, a Brookhaven resident born in the late 19th- century. The house features traditional wood shingles, an eave-front façade, small half-story “cottage windows” and a nearby carriage shed. This house is typical of many baymen’s homes, both for its simple design and traditional façade and floor plan. Other baymen related sites in Brookhaven include 331 Beaver Dam Road, where bayman John Warren lived in the 1860s, and 6 Burnett Lane where bayman Elbert Albin resided in the late 19th century. Today there are few baymen in this historic village, a common situation throughout the region. 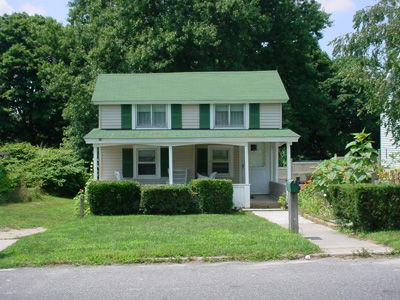 From the 17th century onward Patchogue was a major maritime center on the south shore. Settled initially by Native Americans, this center was favored by English colonists who traveled from New England to Long Island in the late 1600s, working the bay to harvest shellfish and finfish. Notable bay families included the Duffys, Flints, Weeks and other families, who purchased property near the creeks in order to dock their boats. They built shacks that were used as shucking houses, one of which remains on Avery Avenue. Their homes still remain as reminders of this rich tradition, primarily in East Patchogue along Swan River Creek on Conklin Avenue. Thomas Duffy, a local bayman, owned 310 Conklin Avenue, which was passed on to his daughter Florence Sharkey, a local bay person who continues to clam and fish as part of her living. Today many baymen live in Patchogue and East Patchogue. Their neighbors were also baymen, who also smuggled liquor into Swan River Creek during Prohibition. Other baymen’s homes can be seen at #181 and 195 Cedar, 22 Gilbert and 242 Rider Avenue. According to local bayman Bill Hamilton, “just about any street had one or two baymen.”1

Their homes are typical of the architectural styles that were popular at the time. For instance the Duffy homestead at 310 Conklin Street is a 2½ story gable front frame structure, a design that was common in late 19th -century homes, when local builders adopted balloon framing, an inexpensive system of factory sawn lumber fastened together by mass produced nails. At the same time it retains the traditional gable roof with a symmetrical façade of a center door flanked by a window on either side, a design that is traditional to English settlers in the northeast. A similar house can be seen at 15 Pitt Street. Like other traditional homes both sites have been modestly changed, with porches added and windows replacing earlier original openings. However both sites retain their original design and structure. 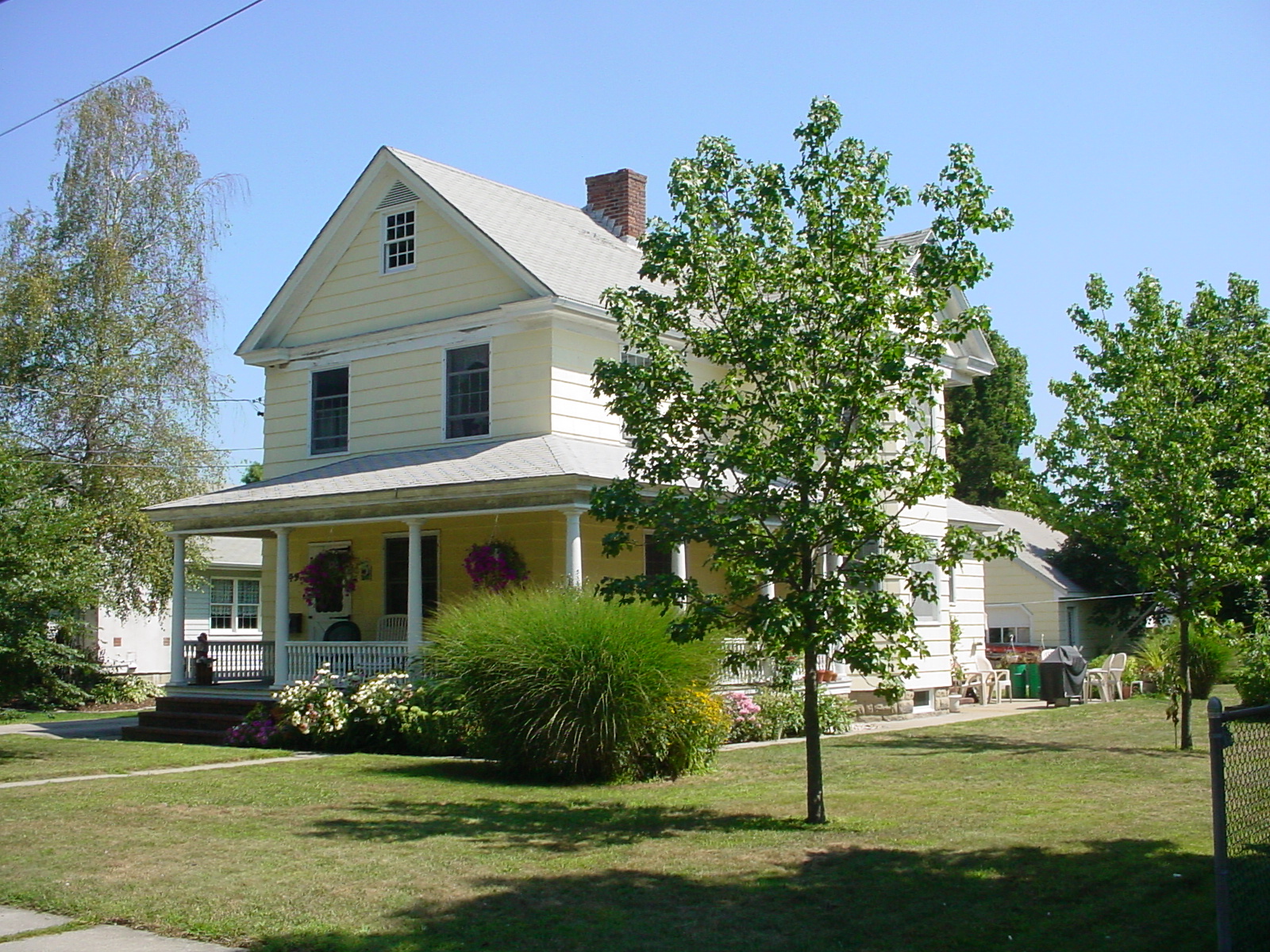 Among the earliest of the West Sayville settlers was Jacob Ockers, who was born in Bruinisse, Holland in 1847, arriving in Oakdale with his father Hendrik in 1851. Ockers and other Dutchmen worked harvesting oysters, as well as transporting them to New York City via oyster schooners, where the oysters were served in restaurants.2 As Dutch immigrants they learned to harvest oysters in their native country and brought these skills to Long Island. In West Sayville, baymen constituted almost the entire local population, many of whom worked for Ockers, who later founded the historic Bluepoints Company, harvesting oysters and clams until the company closed in the late 1990s. According to the late Mike Van Essendelft, Sam Greene owned most of the land in West Sayville, whose ancestors had received a grant from the Queen of England in the 1600s. Greene extended credit to Dutch folks because “he always knew their credit was good.” Greene loaned money to new Dutch baymen so that they could lease or buy a plot of land and erect their home. Each lot was approximately 25 x 50 feet. Dutch and English settlers built modest frame houses using popular architectural styles found in the 1800s. These included simple designs and plans, ranging from saltbox houses to Victorian style homes.

Their homes were typically 1½ stories frame and stucco structures with eave front facades, similar in style to those found in Brookhaven. By the late 1800s some baymen, who had fared well economically, built larger houses, such as the home of retired fisherman Lowell Ockers, located at 49 West Avenue. However West Sayville is characterized by modest frame houses with modest decorative features such as exposed roof rafters or decorative porch posts. 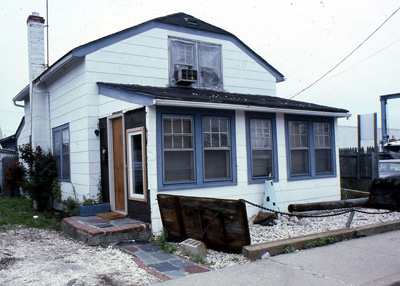 Freeport was originally settled by English and Dutch settlers in the late 1700s. Most baymen lived near the water, where they harvested clams, oysters, eels, fluke and flounder, striped bass and other marine species. Most of the baymen were hired by local farmers to harvest salt hay, which they fed to their livestock during the winter. Eventually many baymen built bay houses on the marshlands. Baymen built modest houses that housed their children, many of whom carried on the tradition of working on the bay. Today many of their houses built in the 1800 and 1900s remain, providing a glimpse of how Freeport once stood as a prosperous community, a legacy that is returning to this historic village. They range from modest bungalows to Victorian houses with stained glass windows and wraparound porches. Most of the baymen live on canals, which were created in the 1920s by John J. Randall, a local developer who created Woodcleft Canal, also known as the Nautical Mile, where many baymen and fishermen continue to dock their boats. The home of bayman Cory Weyant is an excellent example of bungalows constructed by baymen that have been used continuously by other baymen over time. It is conveniently located on Woodcleft Canal, where many baymen continue to dock their boats, and close to local fish markets who buy their harvests.