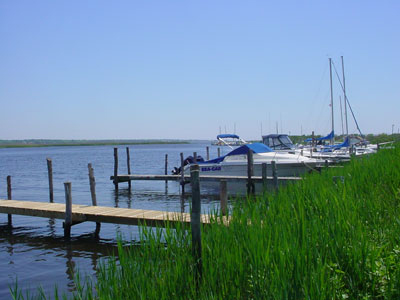 Please visit the survey for tips and suggestions on how to document your house and community.

Islip and Great River are two of the oldest communities in the estuary, originally inhabited by the Secatogues, Pentaquit and Connetquot Native American tribes. In the 1600s William Nicoll beame the first European owner of lands that stretched eastward from Islip to Brookhaven Hamlet and north to Hauppauge, becoming the largest landowner in this area. The “Nicolls Patent” refers to these lands that were “granted” by King George II. 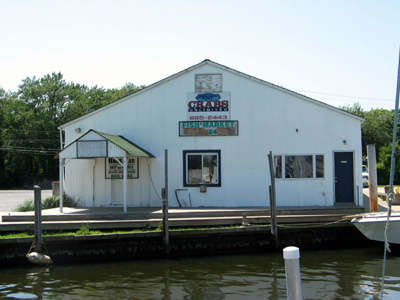 During the 18th and 19th century the area became well known for its abundant fish and shellfish. One of the first families to establish a commercial fishing operation in Islip was the Doxsee family in 1867 where they canned clams and menhaden, caught by local baymen, that were sold to local families as well as exported nationally. Many of the local residents were either farmers or fishermen, who harvested shellfish and finfish using traditional rakes and tongs, alongside pound traps and haul seine nets. They built modest frame houses along the bay, rivers and creeks. By the late 19th century numerous estates were constructed along the waterfront, many of which are still standing. They include the Scully estatebuilt in c. 1919 for Hathaway Scully, who later donated it to the National Audubon Society. Other estates included the William K. Vanderbilt Estate and the Bourne Estate in Oakdale. These estates were used primarily during the summer season, for recreational sailing and hunting, along with lavish parties and gatherings. Local residents became seasonal hunting and fish guides, when they were not working. 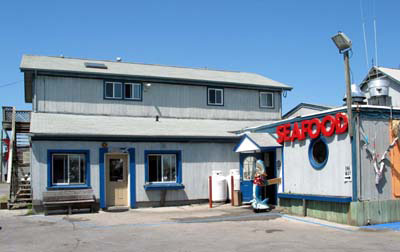 There have been various commercial fishing enterprises in the towns that operated in Islip. L & L Baits was owned and operated by Lenny Nilson, who worked on the water since he was a teenager. Other local fishing industries included the former Sunrise Fish Company and the White Cap fish market, which continues to operate today, is located on Orowoc creek across from L & L Baits. The market is also home to several day trawler boats who supply the market with their catch. The market was founded in 1938, and has had several owners since that time. There are several historic buildings which have been redone with various humorous and maritime decorations and embellishments. There are also several independent trawler fishermen who continue to work based in Islip. They include descendants of Scandinavian and Norwegian fishermen, who were notorious for their competitiveness and suspiciousness, according to Nilson, himself a fisherman with a Scandinavian background.

While there once were many baymen and fishermen in the community, today their numbers are rare and rapidly declining due to the overall decline in the fishing industry. Their houses, like those in West Sayville and other historic fishing communities, are modest frame structures located near the town’s creeks. Increasingly they are being torn down and replaced with larger modern structures closer to the bay and other shorelines. In order to prevent further development Suffolk County acquired the Scully estate in 2004. It is now the Seatuck National Wildlife Refuge, part of the Long Island National Wildlife Refuge Complex.

Adjacent to Islip is the waterfront community of Great River and Oakdale, home to Heckscher State Park, Connetquot State Park, Bayard Cutting Arboretum and several county and town parks. These parks were originally privately owned estates built by extremely wealthy investors such as the banker August Belmont, industrialist and heir William K. Vanderbilt, Edward Bourne, inventor of the Singer Sewing Machine and other industrialists in the late 1800s and early 1900s. However there were less opulent estates beginning in the 1840s, who paved the way for the “Gilded Age” mansions that were built along the South Shore as well as the North Shore’s “Gold Coast.” The South Shore’s mansions predated the North Shore estates due to the arrival of the Long Island Rail Road in 1844. Common activities by the residents included hunting, fishing, sailboat racing and other leisure activities. 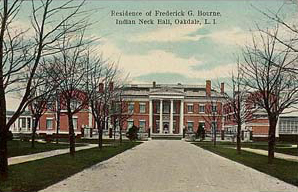 Leading and guiding the participants were local baymen and hunters, a tradition that was passed down within their families. Hunter/bayman Larry Udell of Center Moriches recalled that his family worked as hunting guides as far back as the 1870s. Other well known guides included Obadiah Verity of Amityville, who was a world famous decoy carver, the Combs family, originally from Freeport, and the Rigby family. In addition a large host of elite clubs arose including the South Side Sportsmen’s Club, now part of Connetquot State Park, the Olympic Club and Great South Bay Yacht Club in Bay Shore and the Timber Point Club. These clubs were founded and supported by the new estate owners and their friends, staffed by dozens of local residents for many generations. Donna Schaeffer of the Bohemia Historical society recalls how Czechoslovakians settling in Bohemia, found work as wood carvers and other building arts workers.

Until World War II these clubs were the center of the social season for their families and friends. Sail and yacht races, banquets, hunting and fishing trips, golf tournaments and other activities filled the society pages of many local and regional newspapers, dominating the communities during the summer months. However with the creation of affordable automobiles, motor boats and other “luxury” goods, more residents of modest means began to enjoy these maritime activities as well. At the same time many of the estate inheritors could no longer afford to support the properties, eventually donating them to the government. In recent years government park agencies have also had difficulty maintaining the properties, leading to an overall decline.