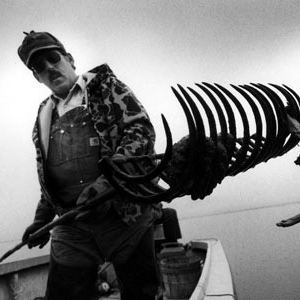 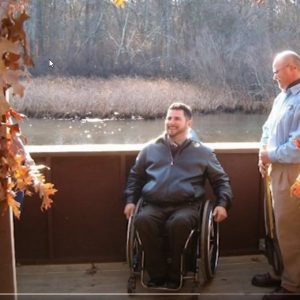 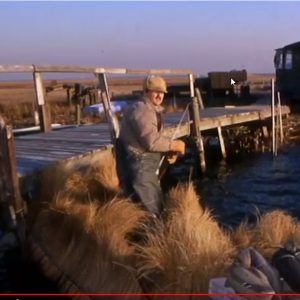 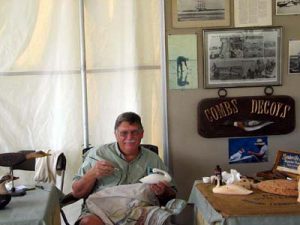 Since at least the days of the ancient Egyptians, hunters have tried to lure waterfowl into range of their nets and weapons with decoys made of rush, reed or wood. Native Americans on Long Island, prior to contact with Europeans in the 17th century, harvested waterfowl for food and plumage.

European settlers on Long Island quickly learned to take advantage of the abundance of waterfowl passing over the region, a major flyway between northern breeding grounds and southern feeding areas. Since the 1600s, waterfowl hunting and decoy carving has become an important and enduring tradition on Long Island. 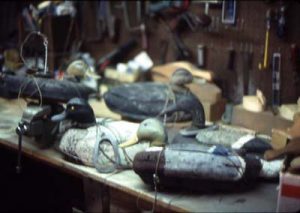 Decoys were an essential tool for both the commercial and recreational hunter. During the 19th century, individuals, many of them baymen, worked as professional duck hunters, killing ducks for meat and for plumage and shipping both to New York City where duck meat was highly valued as an epicurean delight and where feathers were equally valued, primarily as hat ornamentation. Indispensable to the hunter were decoys, used to attract birds in flight to the hunters' "gunnin'" boats or shoreline duck blinds. Carvers made decoys for sportsmen and "market gunners" alike out of wood, cork, and other found materials such as fence posts and railroad ties.These working decoys were painted with simple broad strokes, and finished with a hand-carved wooden head. The decoys were attached to a simple anchor by a length of cord or line to prevent the decoy from floating away.They were simple, but highly effective tools, requiring basic woodworking and carving skills. 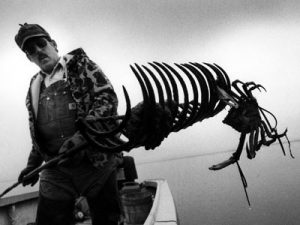 Over-hunting eventually decimated waterfowl populations and the commercial harvesting of waterfowl for meat or feathers was outlawed in the early 20th century. However recreational hunting has continued, despite the decline of the area’s wetlands, which are essential habitat for ducks.  As a result groups like Ducks Unlimited and the South Shore Waterfowlers Association participate in habitat restoration projects, working with towns and other municipalities to protect this ecosystem. At the same time they train the next generation in proper hunting techniques and hunter responsibilities. Popular hunting spots include the marshlands near Freeport and Jones Beach, as well as Captree Island in the Town of Islip. The hunting season begins in late November and concludes in March.

Carving changed dramatically when mass production of decoys began in the 20th century. Many traditional carvers relate how they carved as youngsters but as soon as they could afford to, they began to buy decoys through mail order catalogues or from any one of several decoy carving companies on Long Island such as Wildfowler. It became more practical from an economic perspective to buy “store-bought” decoys than to make one’s own. However these same carvers often returned to carving later in life, choosing to revive and maintain traditions learned from their fathers and grandfathers. Today there are various museums and historic sites that preserve the decoys including the Long Island Decoy Collectors Association, the Long Island Museum and the Hallockville Museum which features Jack Combs Decoy shop. The Combs family is a well-known south shore family of baymen, boat builders and decoy carvers. 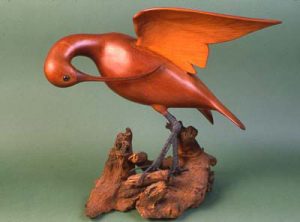 In addition to carving there are also traditional duck boat builders.  For more information go to the Boat Builders page