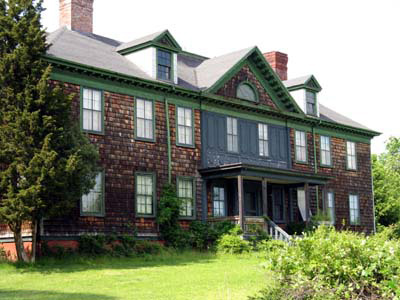 The South Shore has long been a haven for industrialists, celebrities, actors and musicians, politicians and other wealthy people.  What began as a summer retreat gave birth to a year-round region of well-healed families, stretching from Atlantic Beach in the west to Westhampton Beach in the east.  They erected monumental houses and estates, along with caretaker cottages and boat houses, some of which date back to the mid 1800s.  Prominent examples on the south shore include John R. Roosevelt’s estate Meadow Croft, the Southside Sportsmen Club in Connetquot State Park, and other vacation and summer retreats.  Famous residents included August Belmont, William K. Vanderbilt, the Knapp Family, Guy Lombardo and Zsa Zsa Gabor. Today they are historic sites open to the public, while others remain as private residences within the same families.  Sadly, many have been demolished, replaced with suburban houses or parks. 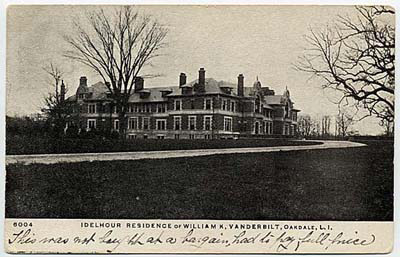 The architectural styles of these historic sites include “shingle style” structures such as the Southside Sportsmen Club, “Tudor Revival” as seen William K. Vanderbilt’s estate and the Bayard Cutting Arboretum, “Moorish” stucco houses as seen in the “Bayberry Point” houses of Islip, and “Colonial Revival” as seen at the former Frederick J. Bourne estate, now the home of St. John’s University.  These styles dominated Long Island estates, including North Shore and enclaves and East End mansions.

Publicly owned summer estates are located in various south shore communities.  They include: 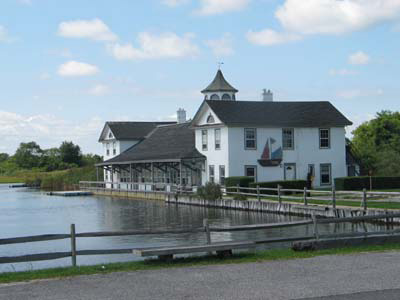 In other communities wealthy investors often built elaborate summer homes surrounded by more traditional bungalows and cottages, as was the case in Long Beach and Merrick, Babylon, Bay Shore and Islip.  These smaller estates came in similar styles to the larger estates, including Spanish Colonial homes noted for their clay tile roofs, Tudor Revival which featured half-timbered facades, or decorative frame Colonial Revival houses. Many featured direct access to canals off their backyards, and had landscaped gardens and lawns, features that continue to dominate today.  Almost all had either a sailboat or a motorized pleasure boat, a tradition that was passed down within their families.  They frequently belonged or founded the local yacht club, entered sailboat and yacht races, and hosted elaborate parties that were often mentioned in the society section of the New York Times, the Brooklyn Daily Eagle or other newspapers. 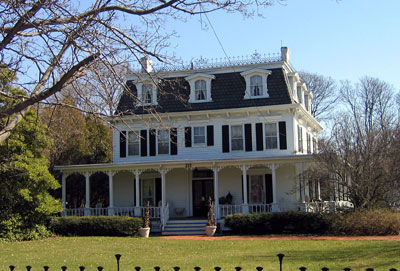 In addition to the estates some owners founded private clubs, including the Southside Sportsmen’s Club in Oakdale, now part of Connetquot State Park.  The club was placed on the National Register of Historic Places in 1973.  Located on the Connetquot River, it is situated in a waterfront setting that features marshlands, ponds and brooks, made accessible by walking paths, bridges and carriage roads.  The structure was originally built as Snedicor’s Inn.  When the family closed the inn, it became the Sportsmen’s Club, founded by many of Snedicor’s former customers.  The building contains an elaborate library, billiard room, dining hall, clubhouse, bedrooms and other facilities.  The site also contains a grist mill and outbuildings.

These facilities are found at other elaborate estates, befitting the wealth of their founders.  Today they are the foundation of numerous parks and historic sites in the estuary.  Recently the Meadow Croft estate in Sayville underwent an extensive renovation, a sign of commitment by local residents to this Colonial Revival structure.  Although many estates have succumbed to development, those remaining are excellent examples of a bygone era.