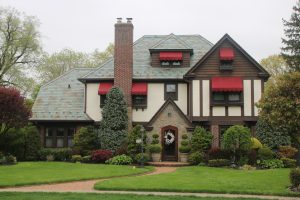 In July 2018, the Village of Rockville Centre hired Long Island Traditions to conduct a Historic and Cultural Resource survey in the north part of the Village. Rockville Centre has an unusually high number of well-preserved residential structures that reflect architectural styles popular in the early 20th century. It is estimated that there are over 1000 structures worthy of documentation. Long Island Traditions, led by Director Nancy Solomon, was commissioned to take on this survey work in an effort to preserve the historic homes of the area. Solomon canvassed the area, conducting field work, taking photographs and interviewing homeowners. Ann Latner, program manager of LI Traditions also contributed to the project by researching valuable census and other data to learn more about the homes and their former occupants. 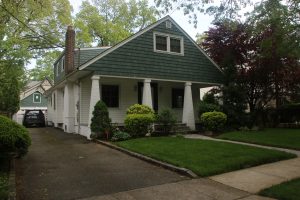 The survey focused on the area north of Lakeview Avenue and from Peninsula Boulevard to Long Beach Road and examined 824 sites in the Village, ranging from early Victorian style homes to 1950s Cape Cod style homes.  Many of the homes included are Tudor Revival and Colonial Revival homes built in the 1920s and 1930s.  The survey also included ten oral history interviews with current owners and historians.  Solomon also examined approximately 73 homes in detail, including the ownership history of the homes, residents from the 1920s – 1940s, and examination of historic maps and property records. The resulting report includes a historical  overview of Rockville Centre and its architecture. Read the entire report here: RVC Report 2020