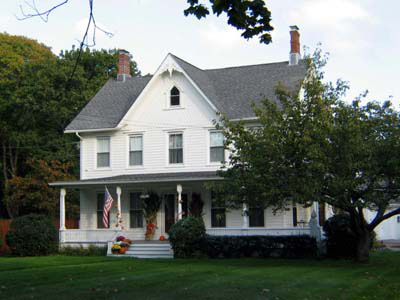 The easternmost region of the South Shore Estuary includes the villages of Center and East Moriches, Mastic Beach, Shirley, Quogue, Remsenburg, Hampton Bays and the Shinnecock Canal. The eastern boundary of the estuary reserve is the canal. Unlike its western neighbors, these communities were largely unsettled until the 19th century. Prior to that time there was a small Native American settlement that later became the Poospatuck Reservation in Mastic-Shirley. However there is a long history of travelers stopping in this region, at the historic Ketcham Inn, constructed in c. 1693. Where much of the landscape was once covered with woodlands, it was removed in the late 1600s and early 1700s, sold to eager New York City house and boat builders.

During the 18th and early 19th centuries, baymen and indigenous peoples harvested clams, scallops and other shellfish, while catching fish using haul seine and gil nets. Nearby farmers, whose families emigrated from England and Holland, grew produce of various kinds including corn, tomatoes and root crops, primarily for subsistence purposes but also to sell or trade to their neighbors. Unlike its western neighbors, a large-scale commercial shellfishing industry did not develop in this region. 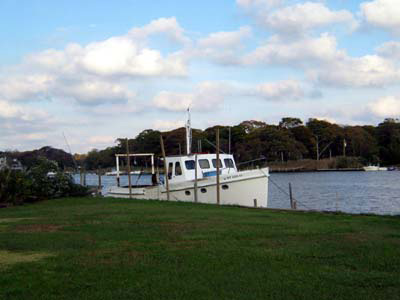 Beginning in the mid-1800s a small number of independent baymen began harvesting and selling shellfish and other marketable species to local residents. They also worked as hunting and fishing guides, passing their skills on to their children and their offspring, creating a multi-generational tradition that continues today. Within this group there were also duck decoy carvers and boat builders, another cultural remnant that remains part of the region’s identity.

Center Moriches was one of the first communities in this area to have a resort establishment including a luxury hotel. The Hotel Brooklyn was located directly on the bay, offering dramatic waterfront views along with “cuisine of the highest order” according to a New York Times advertisement. There were sailing races, fishing parties and other amusements for visitors. In addition there was the East Bay Yacht Club, which sponsored balls that were frequently noted in the newspaper’s society pages. 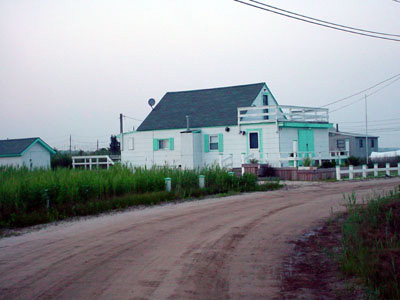 Prior to the 1900s Mastic Beach was the site of farms and woodlands that were originally part of the William Floyd estate. Mastic Beach is located in between the Carman’s River on the west and the Forge River on the east, and Moriches Bay on the south. In the early 1920s “outsiders” began moving into modest summer bungalows and cottages, created by out of town real estate speculators including the Brooklyn Citizen, a regional newspaper. They constructed a modest beach park, a gazebo and snack bar stand. In 1928 the Mastic Beach Property Owners Association was founded, and continues to play an important role in the community. There is an historic district in “Old Mastic” that was designated by the Town of Brookhaven in the 1980s.

Like its neighbors to the west this region was relatively small and isolated until the post World War II period, when summer renters began moving to the region as year-round residents. They converted their seasonal homes to year round use, installed septic tanks, and demanded the same services of other post-war suburban communities. As a result the bay has become more polluted, due to surface runoff and groundwater contamination from aged septic systems. There is deep concern among local residents that the bay will continue to deteriorate, and that overdevelopment will marginalize the remaining historic structures. As a result local residents and the Town of Brookhaven have supported the creation of historic districts in Moriches, Center and East Moriches along with the designation of the Captain Bartlett Ross House in Moriches and the creation of the Old Mastic Historic District. 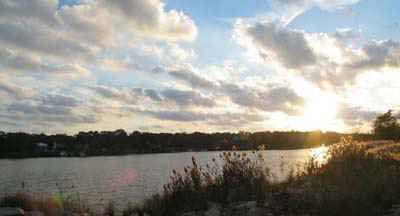 Further east are the communities of Quogue, Remsenburg and other hamlets which have grown as popular summer resort communities, with modest numbers of fishermen and other maritime oriented stakeholders. The most popular of these is the hamlet of Westhampton Beach. Originally settled by farmers and fishermen, the community is one of the most popular of the “Hamptons” ensemble. While there are numerous beach houses, there are also traditional industries and homes, ranging from fishermen’s commercial operations, particularly in Shinnecock Canal, to duck farms, boatyards and bungalows. The Westhampton Beach Historical Society is active in documenting and preserving this maritime heritage. Recent real estate pressures on commercial fishermen’s property are endangering this heritage, as condominiums replace valuable dock and work space. A similar situation exists in Hampton Bays, home to many traditional fishermen. Third Wave Films highlights the history of this community in its documentary Tide and Time: The Maritime Heritage of Hampton Bays. Fishermen continue to work on the bay and ocean, including some who practice aquaculture projects in an effort to remain on the water. The Shinnecock Canal is known as one of the more difficult places to navigate a boat.

We encourage you to submit additional information about this region so that we can share it with others. Send us your stories and photographs, and we will review it for inclusion.