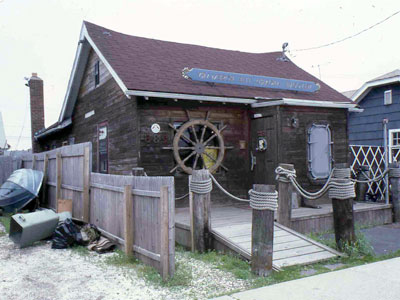 This region was originally settled by Dutch merchant traders in the 1600s, looking to transport goods to Europe and to New Amsterdam, later renamed New York when the English conquered the area. They came to the south shore, working as traders, exporting fur, whale meat and oil, beer, and potash (an important ingredient for making soap) and importing European manufactured goods brought from the Dutch West Indies. Their control of the region was short-lived, as the English settlers began moving westward from the East End. They established large homes, while learning to harvest shellfish from the Native Americans in the area. Eventually they controlled all unclaimed land, through a series of patents granted to Richard Nicolls by King James of England.

The first major village in what became western Nassau County was Freeport, originally named Raynor South and Raynortown, after Edward Raynor. It later became known as Freeport because there were no duty taxes charged to merchants, unlike other harbors including New York City and Sag Harbor. In 1853 the village was officially renamed Freeport. 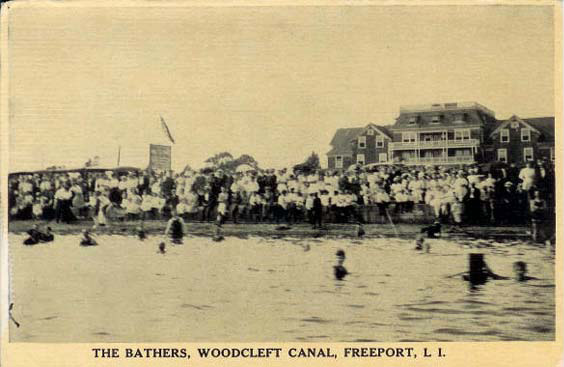 Nearby were other small communities whose residents worked as fishermen, boat builders, farmers and in other maritime and agricultural trades. The Bedell boatyard in Oceanside was one of the longest operating boatyards in the western region, beginning in the 1700s when the family was shipwrecked. They built skiffs for oystermen, baymen, rum runners and other boatmen. In addition they also built garveys for local baymen, including members of their own family. In addition there was an operating grist mill in East Rockaway, now a historic site that catered to area ships and merchants in the 19th century.

In 1868 the creation of the Long Island Rail Road, originally named the South Side Rail Road, brought more people to Freeport, including immigrants from Southern and Eastern Europe. They worked as boatbuliders, clammers and oystermen, fishermen and other occupations connected with the estuary. They lived close to the bay, at that time an undesirable location due to the swampy nature of the shorelines. In the late 1890s, John Randall, a local developer, began digging a series of canals; he then developed the area using the excavated dirt. Shortly thereafter a number of spacious summer homes were built alongside various hotels and inns. They included the Crystal Lake Hotel, the Benson House, the Woodcleft Hotel and the South Shore Hotel. 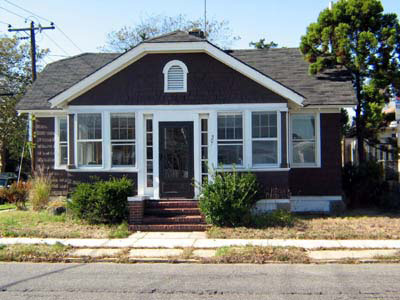 While Freeport was perhaps the best known of the summer communities, other neighboring villages also blossomed in the late 19th and early 20th century including Merrick, Baldwin, Oceanside, and Woodmere. Long Beach quickly became a summer resort destination in the late 1800s, with the construction of a hotel, pavilion and cottages beginning in 1880, easily reached by New York City residents via the Long Island Rail Road. In the early 1900s, William Reynolds invested heavily in the seaside community, hoping to replicate Coney Island on the barrier beach. He constructed the famed Long Beach boardwalk, a popular attraction today, while filling in the area wetlands so that construction could begin. To learn more about the historic boardwalk, click here. Eventually wealthy investors began building summer cottages and bungalows that were rented out by the week or the month. Well-known celebrities who lived in Long Beach included Flo Ziegfield and Rudy Vallee, along with Eddie Cantor, rumored to have owned a bay house on nearby Meadow Island. In nearby Lido Beach, the houses were built primarily in the post-war period. In order to protect local wetlands from being fully developed the National Fish and Wildlife Agency created a refuge on the bay that remains today. 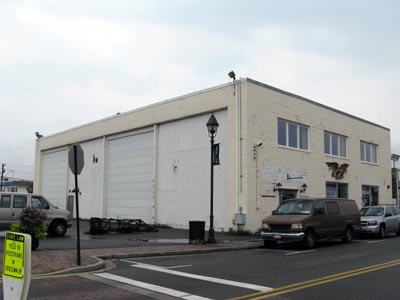 The dawn of the 20th century also witnessed a major growth in the fishing and boat building industries, concentrated primarily in Freeport and Point Lookout. Dozens of fishermen lined their garveys and trawlers on Woodcleft Canal, shipping their catch to Fulton Fish Market and selling it from the boat. By the early 1920s there were fish markets along the canal, including Fiore’s Fish Market which is the oldest fish market on the canal. In later years Captain Ben’s and Two Cousins fish market appeared. Small clam bars and restaurants would later join the bustling scene, attracting residents throughout Long Island and its neighbors to the west. Visitors could take a ferry to Point Lookout or the newly created Jones Beach, or go fishing on a party boat in the bay. In the 1950s several boatyards began building pleasure boats for the recreational fishermen, who often stored their boats nearby. Eventually these boatyards converted to full-time marinas.

At the eastern end of the barrier island stands Point Lookout, once home to the Doxsee Clam Company which was originally located in Islip. Prior to this time the area was best known for the Coast Guard Station, established in 1855, and closing in 1948 after World War II. The Bright Eye Fish Company, as the Doxsee company was known in the early 1900s, was originally located on Meadow Island, across from Point Lookout. Other fishing establishments were present, along with Scotty & Ted’s Fishing Camp; Eddy’s Fishing Station, where visitors could rent row boats, and later power boats, to go fishing in the nearby creeks. A number of bungalows were built in the 1920s by William Reynolds, but few renters spent time in the remote community, which remained accessible only by boat until 1937, with the completion of the Loop and Meadowbrook Parkways. Shortly thereafter several investors built seasonal houses near the beach, renting them out for the summer. Eventually these homes were converted for year-round use. Today there are several seafood restaurants and seafood markets, including Fisherman’s Catch, which was founded by fish market owner Bruce Larson, caught by local commercial fishermen. 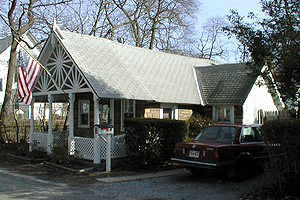 In Merrick a small Methodist camp meeting community quickly became a summer destination for a wide array of artists, professionals, industrialists and other well-to-do residents. Various fishing tournaments and bicycle races took place in Merrick, along with concerts and theatre productions. The primary owner in the waterfront area was the Hewlett family, which settled there during the colonial period, prospering as ship merchants and traders. In 1901 the Hewlett estate was subdivided after the death of William Hewlett to make way for summer houses, a hotel and marina. A public library and school followed soon afterwards. The new residents lived in Tudor and Colonial Revival style houses carefully landscaped to resemble a traditional English style village, similar to other south shore communities such as Oakdale and Brookhaven Hamlet. After World War II more modern style capes and ranches appeared, greatly expanding the small waterfront community. 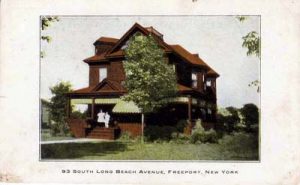 After the creation of the parkway system most of the south shore villages became “bedroom” suburbs, converting the summer homes to year round residences. Lido Beach, Atlantic Beach, Island Park and the other residential communities became the homes of commuters, developed along the shorelines and canals created in the early 1900s. In addition many new residents purchased motor boats, housing them in new boatyards and marinas that lined the shorelines. Eventually many of the boatyards where wooden ships and craft were constructed were converted, while others became residential neighborhoods. As a result there was decreasing access to the shoreline, a trend that persists today. Yet there are reminders that traditional maritime uses continue, ranging from boatyards to fish markets. For more information on these traditional uses click here. And please tell us about your favorite place on the shoreline.